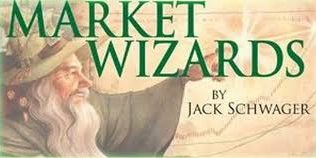 I was going though some old bits and pieces and came across some quotes I had collected from the Market Wizards books.

“You should always have a worst case point. The only choice should be to get out quicker.” – Richard Dennis

“That cotton trade was almost the deal breaker for me. It was at that point that I said, ‘Mr. Stupid, why risk everything on one trade? Why not make your life a pursuit of happiness rather than pain?'” – Paul Tudor Jones

“If I have positions going against me, I get right out; if they are going for me, I keep them… Risk control is the most important thing in trading. If you have a losing position that is making you uncomfortable, the solution is very simple: Get out, because you can always get back in.” – Paul Tudor Jones

“Don’t focus on making money; focus on protecting what you have.” – Paul Tudor Jones

“Throughout my financial career, I have continually witnessed examples of other people that I have known being ruined by a failure to respect risk. If you don’t take a hard look at risk, it will take you.” – Larry Hite

“My philosophy is that all stocks are bad. There are no good stocks unless they go up in price. If they go down instead, you have to cut your losses fast… Letting losses run is the most serious mistake made by most investors.” – William O’Neil

“When I became a winner, I said, ‘I figured it out, but if I’m wrong, I’m getting the hell out, because I want to save my money and go on to the next trade.'” – Marty Schwartz

“Learn to take losses. The most important thing in making money is not letting your losses get out of hand.” – Marty Schwartz

“I realized that this chipping away approach was what I should be doing, not putting myself at a big risk, trying to collect a ton of dough.” – Tony Saliba

“I always define my risk, and I don’t have to worry about it.” – Tony Saliba

“I’ll keep reducing my trading size as long as I’m losing… My money management techniques are extremely conservative. I never risk anything approaching the total amount of money in my account, let alone my total funds.” – Randy McKay