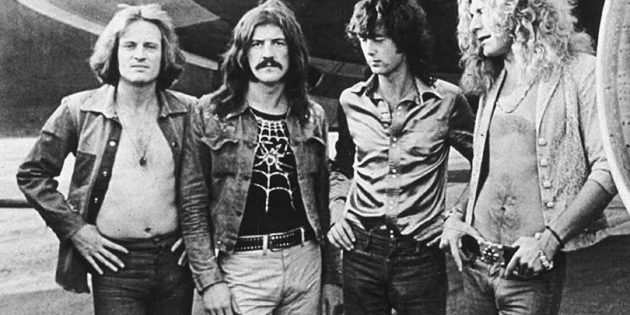 Led Zeppelin has beaten a lawsuit claiming that the iconic guitar riff in “Stairway to Heaven” was copied from Spirit’s 1968 instrumental “Taurus.”

On Thursday, after a week’s worth of testimony and arguments, the jury came back with its verdict in a case that’s been decades in the making. At trial, Led Zeppelin members Jimmy Page and Robert Plant testified as well as Michael Skidmore, the Trustee of Spirit songwriter Randy Wolfe’s estate, who demanded in his lawsuita rewriting of Rock N Roll history. The jury also heard from a Spirit band member, musicologists and other witnesses and experts opining on such subjects as whether Led Zeppelin had heard “Taurus” before composing their popular song and whether the two songs were substantially similar.

In his lifetime, Randy Wolfe never sued and was ambivalent about doing so upon questions from those who pointed out similarities. After he died in 1997, Skidmore asserted an ownership interest in copyrighted sheet music and was able to push the case to trial despite decades of inaction and non-cooperation from Hollenbeck Music, the publishing company that had signed Randy Wolfe (performing as Randy California) in the 1960s as a teenager who was discovered by Jimi Hendrix.

Both Page and Plant, who denied having access to “Taurus” despite performing concerts with Spirit decades ago, were on hand to hear the reading of the verdict. In his testimony, Page rejected many questions from plaintiff attorney Francis Malofiy that the songs were too similar to be coincidental. Page did, however, alter the official story of how “Stairway to Heaven” was created in 1970, puncturing the mythology that he holed himself up in a remote cottage in Wales called Bron-Yr-Aur, and by fireside, wrote it.

The Economics of the Beatles vs. the Rolling Stones
January 12, 2022