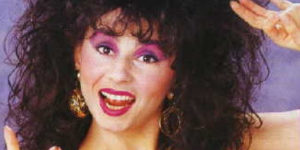 I have just done the Market Wrap for Talking trading and part of the conversation was regarding Greece. The thing I find intriguing about the markets reaction to the prospect of Greece being booted out of the EU and defaulting on its loan obligations is that everyone is surprised that it is happening. Defaulting on debt is the natural state of existence for Greece. You would not be surprised that deserts are dry so why be surprised that Greece once again has displayed an inability to run an economy – hell I doubt they could run a hot bath.

There are no doubt contingency plans for this among other EU members and what is spooking the market is the uncertainty as to what those plans are. Once they are known my guess ( and it is only a guess) is that some of the panic around this event will wash out of the system. Not being an economist (something I am proud of) I had to do a bit of digging as to what the consequences for the Greeks might be and I came across the following list –

Point 12 is interesting since  Greece was effectively shut out of international capital markets for decades following the default of 1832 and were only reopened to them after their commitments were settled in 1878. However, true to form they defaulted again 1893. As Marx said – history repeats itself, first as tragedy, second as farce.

Categories: Get Your Shit Together, History and Science, Morons I have metBy Chris TateJune 29, 20151 Comment