Fear And The Art Of Trading 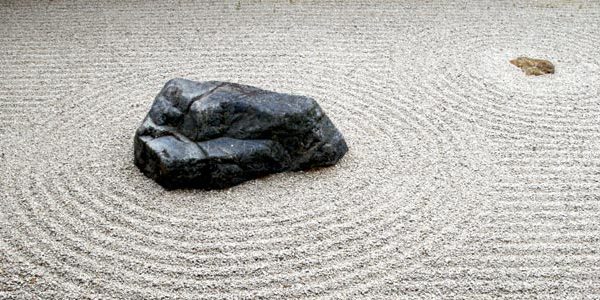 Trading or investing (I use the terms interchangeably) is at its core an information processing profession. The job of a trader is to take the information they receive and distil it into a cohesive, coherent format from which they can derive a decision. The expected end point of this decision is that the trade that is selected is ultimately profitable.

This is a somewhat optimistic view of the trading process since it assumes that the process is robotic and lacking any emotional input from the trader. Anyone who has ever been involved in markets will be able to tell that this is an overly optimistic point of view because traders are not automatons. So my original definition of what trading entails should be revised to state that it is an information management profession, which involves the individual controlling their own fears about the financial consequences of any decision they make.

Unlike other professions traders exist in a world of uncertainty – other than the opening and closing times of markets and the fact that each day will be different we really have no structure. This lack of structure creates difficulty for us as uncertainty brings anxiety. All traders would like to predict the future but the this knowledge is denied to us so we have to make do with approximations, best guesses and plans for what to do when things go wrong.

However, this is once again an optimistic view of the trading process since the majority of traders have no plan for when things go wrong. Our natural tendency toward optimism bias means that we weight any chance for success of an action we have undertaken as being of a higher probability than if someone else had undertaken the exact same action. This bias can best be described with a real estate analogy. Most people believe their house is worth more than their neighbours (even if they are identical) because it is their house and it has their things in it. The traders view is that BHP is worth more because they own it – both an egotistical and optimistic view of how the world works.

This dualism of uncertainty combined with often-blind optimism means that often the overwhelming emotion felt by traders is fear. As a natural consequence of this traders move to minimise their exposure to both mistakes and the fear of mistakes.

“I did precisely the wrong thing. The cotton showed me a loss and I kept it. The wheat showed me a profit and I sold it out. Of all speculative blunders there are few greater than trying to average a losing game. Always sell what shows You a loss and keep what shows You a profit. That was so obviously the wise thing to do and was so well known to me that even now I marvel at myself for doing the reverse

What Livermore is describing is a classic failure in the trading process. Profits are taken at the first opportunity yet losses are kept. This behaviour finds expression in the old adages of you cannot go broke taking a profit and it’s not a loss until you sell it. Whilst, these are wonderful homilies, which are done to death by those on sales side of financial product markets, they have no currency at all in the real world of trading. Undertaking either of these two strategies is precisely how most people do go broke.

There is no doubt that the uncertainty inherent within trading generates anxiety and fear in the trader. The fear of either crystallising a loss or the fear of losing open profits clouds the traders mind. However some of this fear can be neutralised if traders understand and reflect upon what is occurring between their ears.

Avoidance mechanisms seem to take two general forms and both can be equally destructive to the trader.

Consider the situation of holding an open position that gradually moves against you. The prudent thing to do would be to sell out the position and minimize any losses and preserve your capital for the next opportunity that comes alone. However, the typical or sub optimal response of the majority of traders is to delay the loss by seeking out information that justifies the original decision.

The opposite situation sees a slightly different form of behaviour creep in – the bias is still largely the same but the expression is different. As the market moves with the trader information that presents the possibility of a pullback will be given added weight. Whenever markets have been running for sometime crash theories abound as Chicken Little prognosticators run around yelling that the sky is falling.

This fear of losing open profits is a particularly powerful stimulus among traders so these stories are given almost infinite weight and profits are taken too soon.

Fear is an almost constant companion of the nervous trader. However fear does not usually exist in the present, it is an anticipatory response. The trader creates the fear in their imagination either by thinking back to previous events or by prequalifying the present fear by thinking forward. This necessitates that traders exist in a Zen like state where only the present is important. The past is lost to us an is unchangeable and the future is unknowable.