The Empire of Edge 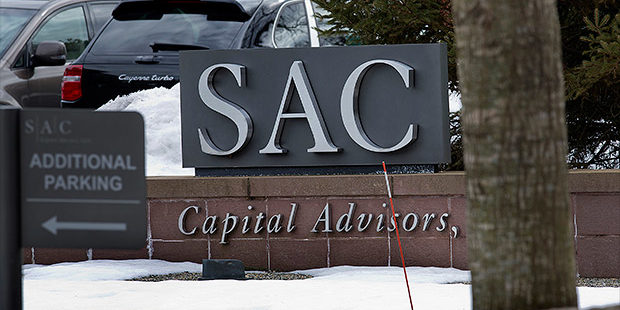 In the past I had always been impressed with Steve Cohen, it seemed that he along with Jim Simons were among the tiny handful of hedge fund managers who  deserved their wealth. Cohen appeared to actually generate alpha – that is a return well above his benchmarks. Now the image has lost some of its lustre.

One prominent investor was known to have made a very large bet on bapi. In the two years leading up to the conference, the billionaire hedge-fund manager Steven A. Cohen had accumulated hundreds of millions of dollars’ worth of Elan and Wyeth stock. Cohen had started his own hedge fund, S.A.C. Capital Advisors, with twenty-five million dollars in 1992 and developed it into a fourteen-billion-dollar empire that employed a thousand people. The fund charged wealthy clients conspicuously high commissions and fees to manage their money, but even after the exorbitant surcharge investors saw average annual returns of more than thirty per cent. S.A.C. made investments in several thousand stocks, but by the summer of 2008 the firm’s single largest position was in Wyeth, and its fifth-largest was in Elan. All told, Cohen had gambled about three-quarters of a billion dollars on bapi. He was famous for making trades based on “catalysts”—events that might help or hurt the value of a given stock. Sid Gilman’s presentation of the clinical data in Chicago was a classic catalyst: if the results were promising, the stocks would soar, and Cohen would make a fortune.

Gilman had not wanted to make the presentation. Seventy-six years old and suffering from lymphoma, he had recently undergone chemotherapy, which left him completely bald—like the “evil scientist in an Indiana Jones movie,” he joked. But Elan executives urged Gilman to participate. He was a revered figure in medical circles, the longtime chair of neurology at the University of Michigan’s medical school. In Ann Arbor, a lecture series and a wing of the university hospital were named for him. His C.V. was forty-three pages long. As a steward for the fledgling drug, he conveyed a reassuring authority.

But soon after Gilman began his thirteen-minute presentation, accompanied by PowerPoint slides, it became clear that the bapi trials had not been an unqualified success. Bapi appeared to reduce symptoms in some patients but not in others. Gilman was optimistic about the results; the data “seemed so promising,” he told a colleague. But the investment community was less sanguine about the drug’s commercial prospects. One market analyst, summarizing the general feeling, pronounced the results “a disaster.” The Chicago conference was indeed a catalyst, but not the type that investors had expected.

It appeared that Cohen had made an epic misjudgment. When the market closed the following day, Elan’s stock had plummeted forty per cent. Wyeth’s had dropped nearly twelve per cent.

By the time Gilman made his presentation, however, S.A.C. Capital no longer owned any stock in Elan or Wyeth. In the eight days preceding the conference, Cohen had liquidated his seven-hundred-million-dollar position in the two companies, and had then proceeded to “short” the stocks—to bet against them—making a two-hundred-and-seventy-five-million-dollar profit. In a week, Cohen had reversed his position on bapi by nearly a billion dollars.