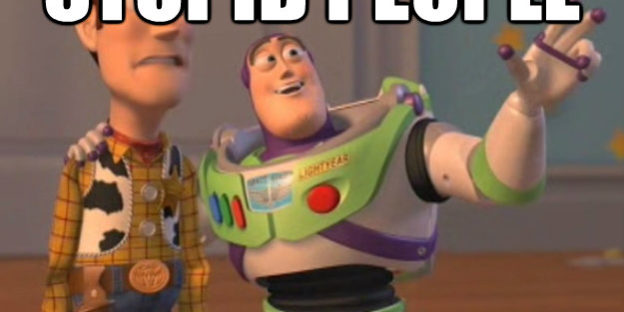 I spend much of my time shrugging off breathless news events. Ebola (now Zika), employment reports, Federal Reserve rate changes, government shutdowns, peak earnings and so on. Much of what passes for earth-shaking news turns out to be, with the benefit of hindsight, something in between idle gossip and fear-mongering. The genuine, not well-anticipated, actual market-moving news — such as the U.K.’s vote to leave the European Union — is a relatively rare thing.

However, there is a disconcerting trend that has gained strength:agnotology. It’s a term worth knowing, since it is going global. The word was coined by Stanford University professor Robert N. Proctor, who described it as “culturally constructed ignorance, created by special interest groups to create confusion and suppress the truth in a societally important issue.” It is especially useful to sow seeds of doubt in complex scientific issues by publicizing inaccurate or misleading data.

Category: Get Your Shit Together, Morons I have metBy Chris TateJune 28, 20161 Comment

Do Any Economists Have Superior Forecasting Skills?
December 19, 2019

Here’s The Price to be Paid for Listening to ‘Armageddonist’ Predictions
November 19, 2019