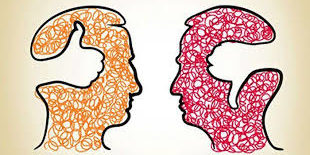 One of the interesting things about trading is its inherent simplicity – you simply have to have some form of mechanism for gauging what the current bias of market participants is. They are either predominantly bullish or bearish – once you work that out the rest is padding to make yourself feel clever. However, there is a subtle second layer to this notion of bias and that is that we view the world through the prism of our own experience, we filter everything we see through the lens of our personality and out past. As an example consider the two charts below.

When I was scanning through the small universe of FX pairs that I trade I noticed the first chart and filed the set up away in my brain – the second chart I discarded. Here’s the rub – they are the same chart just inverted. The second chart is the inverse or flip of the first, it is just my bias for liking to short things had created a blind spot in my analysis and I didn’t notice it until I was going through my universe on a second pass and it dawned on me what I had done subconsciously.

As always the battle is not with the market but with yourself.