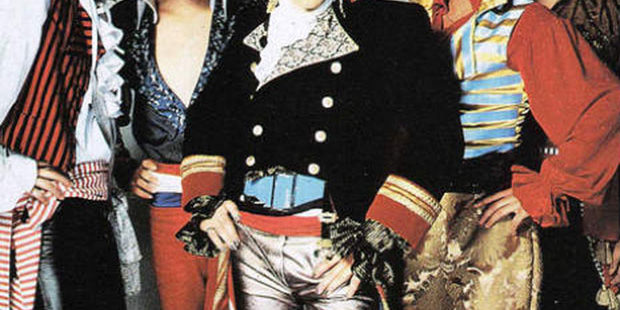 With them dropping Bond into a box today I thought it was a good time to reflect and reminisce on the 1980’s. One of the good things about having been around so long is that you get a keen sense of the history of the markets – this is one of the things the fly by night spriuikers miss out on. I originally began trading when the like of Bond Corp, Bell Resources, Ariande, Quintex and Westmex were becoming big news. The daily goings on of entrepreneurs such as Rupert Holmes a Court, Ron Brielrly, Russell Goward and of course Bond were reported daily as if they were titans deciding the fate of nations and for awhile to level of corporate activity was frenetic in the extreme with new ventures being announced almost weekly. It was much more fun than today and with considerably less paperwork.

I was an active participant in Bell Resources when Bond came a knocking; strangely enough it was known even then that he was standing atop a house of cards. Despite this, in true merchant banking style he still found support for his activities. I remember getting into a lift on the old ASX building in Collins Street where three blokes from an unnamed bank had clearly been having what was known in the good old days as a doonybrook. As the lift doors opened the dust settled and they rearranged themselves as I got in and we all stood uncomfortably facing the front. As we headed up they began to snipe at each other about which f$5kwit had decided to give Bond more money to piss up against the wall. I imagine that as I got out of the lift they got into it again…..the good old days. Nowadays you would have to fill in a form, get approval from management, consult the diversity coordinator and wear a yellow safety vest before getting into a punch up in the lift with your coworkers.

The Americans have a wonderful saying – big hat, no cattle which described Bond to a tee. I have several recollections of Bond in this period. His takeover of Bell Resources was a non-event – I was sitting in the dealing room when the announcement came over the tannoy (look it up) and it was meet with a resounding cheer by all those who were long. And then the price began to fall, which quite rightly gave everyone the willies and caused me to bugger off from my positions. The whole thing was a glorious charade. And it was during this heady phase that Bond paid Kerry Packer $1.05 billion for the Nine Network. Packer bought the empire back three years later for $250 million. As Packer quipped “You only get one Alan Bond in your lifetime, and I’ve had mine”

The demise of Bond began when he picked a fight with Tiny Rowland the ruthless and vindictive chief executive of Lonrho  When Lonrho was being stalked by Asher Edelman Rowland sought out Bond as a white knight. Bond eventually bought out Edelmans stake but then began to boast of himself as Rowland’s natural successor at Lonrho. Rowland had a reputation of never playing well with others and was keen on the notion of the personal vendetta. Rowland unleashed his analysts on Bond and they produced a 93 page report highlighting the deficiencies in Bonds empire and that the group was technically insolvent. This put the wind up Bonds bankers and the whole thing ended in tears for him.

I think you always look back on the early days of your career with fondness and nostalgia and as with all reminiscing this nostalgia does gloss over the poorer bits of your own personal history. However, that’s what memories are for. From my perspective the period of about 1982 to 1987 was a wonderful period to be a trader – the markets had not been overrun by technology and we had the wonderful anachronism of each state having its own exchange with a trading floor that on big days was a rambunctious chaotic place and during the quiet times you could play kick to kick. People would stand in the viewing gallery and cheer as the price of the favourite stock of the day rose or gasp and scribble into their notebooks if it fell. Characters were everywhere.

Dealing rooms were flat out trying to keep up with the sheer volume of transactions as markets took off in the excess of the 1980’s bull market. Markets were so busy that we employed people whose job it was to come in at night and make certain the paper being feed into the contract note printers didn’t jam as they ran all night trying to print all the contract notes from the day before. Settlement was nominally T+14 which blew out to T+ 30 and then to no settlement at all simply because volumes were so high back offices were swamped and couldn’t keep up. In the final year of the bull run people effectively traded on credit. And as is their way brokers thought this time would never end – they have never been ones for long term planning. In the week before the crash I toured the new offices of a broking firm and the manager proudly boasted that it cost 30K a week just to turn the lights on. And then the music stopped and very few people could find a chair.

The fun ended on black Monday as the local market was one of the first to open after Wall Streets shocking performance on the previous Friday. To say the shit hit the fan is an understatement of extraordinary proportions. Clients were geared to the gills and no one had settled anything for months. There was talk of the entire financial system collapsing. But it didn’t – most of the entrepreneurs went under, BMW’s were repossessed at a great rate and there was much hand wringing over what went on.  the industry and regulators acted like a person who had just woken up from a one stand they regretted and spent the next few years in the shower trying to wash of the guilt.

From my perspective it is unlikely that such a time will return simply because circumstances have changed – technology has altered the way markets function and the old broking model is dead. When I got involved in the industry  the minimum brokerage was $120, now orders can be transacted for a fraction of that. And they can be executed cleanly and efficiently on any exchange anywhere in the world via a device that sits in your hand. The days of stockbrokers being at the top of the financial food chain are long gone. Roboadvisers and self directed investment is now the norm and is not a bad thing at all.

Bubbles will still occur since these are simply a function of human nature but how will interact with the bubble will change.