How The Past Holds You Back 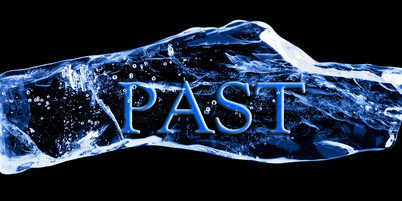 This is somewhat of a weird tale. The other day whilst cooking dinner I was channel surfing and in racing through one of the channels I noticed a face that I knew from the past. Staring back at me as a contestant on a game show was a bloke I used to know – naturally curious I stopped to watch. unfortunately, I had tuned in late and we were at that painfully contrived part of the show where the contestant decides whether to play on or bugger off with whatever they have made to date.

I remember this friend of mine as being good with general knowledge so I thought he would go on. I remember him doing well on Sale of the Century some time last century. To my surprise he decided to take his 20k and go home. Over the next few days I pondered this decision because it did baffle me as to why he bailed early until I remembered his previous run on a game show. His previous attempt had been cut short by a simple mistake – it was he sort of mistake that anyone could have made.

The point of the story is that small mistakes made in the past can and do hold us back. At present I am running a thread on how to think like a trader on the MP Alumni. The point of the thread is to get people thinking like a trader but what had emerged is that people are hesitant to take action because of past mistakes.  The impact of the past mistakes is purely psychological since neither a game show nor the market remembers your mistakes – only you do. It is these memories that hold you back.