Lessons from a Legendary Short Seller 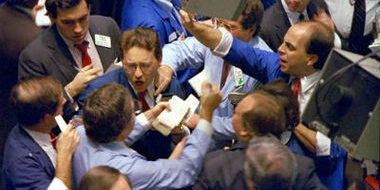 In 1978, Wilson had a disastrous experience shorting the Resorts International casino company. Forbes dubbed it “the most catastrophic short play in modern times.”

Wilson reasoned that gambling wouldn’t catch on in Atlantic City in the 1970s. Jet travel was picking up and people could easily fly to Las Vegas instead. Ironically, he has since been proven correct, but this is a testament to the old investing adage that “Being too early is indistinguishable from being wrong.”

Wilson’s interest in Resorts International was piqued when the company’s earnings went from “something like a $600,000 in one year to an understated $50 million,” he recalled. The market believed the firm had a powerful first-mover advantage and a sustainable monopoly. Wilson felt otherwise and believed competition would rapidly pressure the high margins.

He shorted 200,000 shares in 1978 at $15 and watched them hit $190 three months later — an enormous loss on paper. Wilson’s mistake was in anticipating government expediency, when in reality it took years for new casinos to be approved.

Wilson covered stock all the way up due to margin calls, losing millions in the process. Incredibly, he still managed to generate 25% returns for his investors that year, which he estimated would have been 50% to 70% without the Resorts International loss.