Hedge Funds Lose Money for Everyone 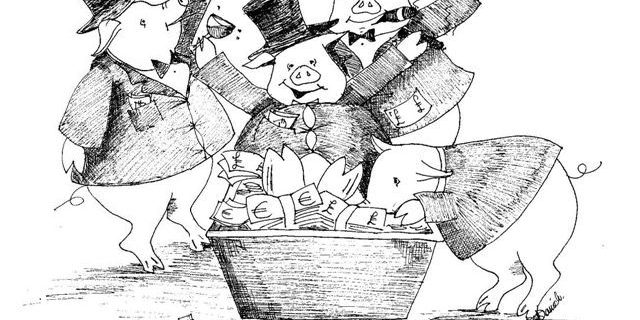 What could possibly go wrong…..

When Douglas Kobak was an adviser at a large brokerage firm, he suggested his wealthiest clients buy a hedge fund promising to be “a very conservative alternative to bonds.” Then the credit crisis hit in 2008, the fund imploded and investors got 45 cents on the dollar — as long as they promised not to sue.

Since then, mediocrity is more common than blow-ups. Hedge funds have lagged behind stocks while still charging fees of up to 2 percent of assets and 20 percent of gains. For the rich and their advisers, “the sex appeal of hedge funds has worn off,” says Kobak, now head of Main Line Group Wealth Management.

Guess what the hedge fund firms are doing now?

While only those with at least $1 million are allowed to invest in hedge funds, anyone can buy a mutual fund with a hedge fund strategy. Unfortunately, these “alternative” funds come with the same disadvantages hedge funds have: high fees, inconsistent performance and strategies that take a PhD to decipher.

By starting alternative funds, mutual fund companies get a chance to bring in revenue they’re losing to cheap index funds and exchange-traded funds. In a deal announced Nov. 18, Blackstone Alternative Asset Management is coming up with hedge-fund-like products for mutual fund company Columbia Management. They’ll join 11 other U.S. mutual funds and ETFs classified by Bloomberg as “alternative,” which together hold $68 billion in assets.

Categories: Banks and Finance, Get Your Shit Together, Morons I have metBy Chris TateNovember 26, 2014

Apparently This is Professional Advice
November 16, 2020