The Billionaire Who Is Trying To Go Broke 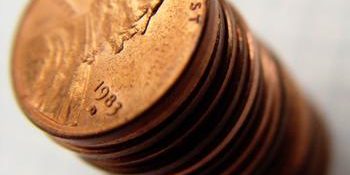 Interestingly and much to my surprise I have only just come back to this article….

On a cool summer afternoon at Dublin’s Heuston Station, Chuck Feeney, 81, gingerly stepped off a train on his journey back from the University of Limerick, a 12,000-student college he willed into existence with his vision, his influence and nearly $170 million in grants, and hobbled toward the turnstiles on sore knees. No commuter even glanced twice at the short New Jersey native, one hand holding a plastic bag of newspapers, the other grasping an iron fence for support. The man who arguably has done more for Ireland than anyone since Saint Patrick slowly limped out of the station completely unnoticed. And that’s just how Feeney likes it.

Chuck Feeney is the James Bond of philanthropy. Over the last 30 years he’s crisscrossed the globe conducting a clandestine operation to give away a $7.5 billion fortune derived from hawking cognac, perfume and cigarettes in his empire of duty-free shops. His foundation, the Atlantic Philanthropies, has funneled $6.2 billion into education, science, health care, aging and civil rights in the U.S., Australia, Vietnam, Bermuda, South Africa and Ireland. Few living people have given away more, and no one at his wealth level has ever given their fortune away so completely during their lifetime. The remaining $1.3 billion will be spent by 2016, and the foundation will be shuttered in 2020. While the business world’s titans obsess over piling up as many riches as possible, Feeney is working double time to die broke.

If For No Other Reason Than It Is Monday and When I Officially Return to Trading for 2020
January 13, 2020