A Journalist Gets It Wrong….Again 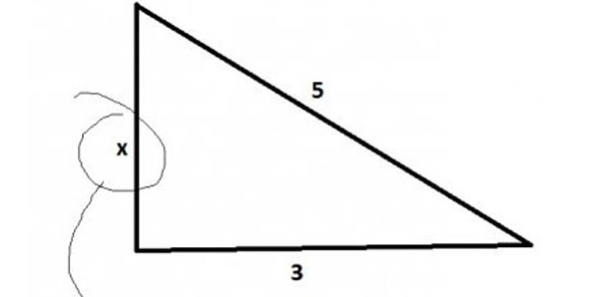 Whilst I am away I have the annoying habit of looking at other peoples newspapers over breakfast. If there is anything that interests me I make a note in Evernote and then go back and do a bit of reading. Actually a very rare occurrence that I go see anything worth doing any further thinking about – this is particularly true about the business sections of the various newspapers on offer. However, recently I spied a headline that boldly claimed  that –

The key to making money in the markets: buy, hold … and wait.

As you can imagine this was like a red rag to a bull and my Pavlovian responses kicked in and I did a bit of digging. You dont have to be Einstein to know what I am going to say. However an opinion without data is simply that, it is an opinion and most opinions are worthless – mine included. The article in question was a farewell piece by Malcolm Maiden and it reflected upon his career as a finance journalist and the article wrapped up by saying –

The ASX’s All Ordinaries Index has delivered a 963 per cent price gain since 1980, and a compound return of just under 7 per cent. The All Ords accumulation index that includes dividends has returned 11.2 per cent a year, on average. The respective average annual returns since the turn of the century have been about 7.5 per cent.

I can choose a shorter time frame and get a worse result. This sharemarket is still about 17 per cent below its pre-global crisis high, and its total return including dividends since the end of 2007 is about 2 per cent.

That is skewed by the retreat of mining shares, however, and the big message remains: it is a long-term game. Buy steadily, either directly or indirectly through super for example, and results will eventually revert to the mean – a return of about 5 to 6 per cent.

The miracle of compound interest means a return of that magnitude is enough to deliver something you probably hadn’t dreamed was possible when you began: rather like my time in daily journalism, which now draws to a close. Thanks for reading, and farewell.

It is necessary to deconstruct this to point out the flaw in this argument. The main source of error is that it completely ignores the issue of survivor bias – just because the market has returned a given percentage return over time does not mean that you will receive that same return for the entities you buy. In part I addressed this last month when I looked at the 10 year return of the current components of the S&P/ASX 200. This research yielded the following table –

Buying a selection of components of an index is very different to buying the actual index and this is a trap that most in the finance industry fall into. Survivor bias completely nullifies this argument, indices change over time as companies are absorbed by others, dropped from an index and most importantly delisted. It is this delisting that is problematic because it generally means that your investment has disappeared. To give you a sense of the impact of this I managed to find a list of the original components of the S&P/ASX 200 – I thin very quickly checked this against a list of delisted stocks I have. I need to point out that I think the data is incomplete and it doesn’t include entities that were taken over and then delisted. The companies highlighted in yellow are to the best of my data companies that have simply disappeared over the past 16 years.

Granted I have probably missed  some but it works as a proof of concept and  what it does highlighted is that change is constant and brutal within an index and there is a good chance that something you buy may in future years simply disappear. It is this notion of simply disappearing that investors find distressing because it is unexpected because “good” shares are not supposed to vanish. Let me digress and put this into an historical context. When Charles Darwin first proposed the theory of evolution to the wider Victorian England community the main tenant of his argument was not met with the outrage that people believe it was because thinking about change had become part of the Victorian experience courtesy of the changes brought by the Industrial Revolution. What shocked people was that the change was so violent and dramatic and the majority of organisms that had ever lived were now extinct since extinction is a cornerstone of evolution. Nature was red in tooth and claw and not static like an English country garden. The same is true about markets and to the best of my knowledge since the ASX was created some 9072 stocks have been delisted. To put this into context there are typically about 2200 companies listed at any given time, over the history of the ASX nearly five times this number of have simply disappeared.

Most of the companies in the dot.com boom vanished after listing without actually articulating a path to sustainable earnings

Despite identifying the problem the author doesn’t make the leap to understand that this is actually the default state of affairs. Extinction is the default setting for companies as well as animals.

The Importance of Outliers
February 10, 2021